Can Start On The Same Day

No Set-up Or Exit Fees

About Our Parkinson’s Disease Support Service

Parkinson’s disease is a journey which affects each person differently. This degenerative condition affects more than 80,000 Australians, and a diagnosis of Parkinson’s disease can be life-changing for both the person diagnosed and their loved ones.

However, with careful planning and dedicated Parkinson’s support from an experienced care provider, those living with Parkinson’s disease can be supported to live at home, safely and happily, now and well into the future.

Booking our in-home care services couldn’t be simpler. All you need to do is:

“I was so impressed that within 8 hours of requesting care for my Mum we had a care team in place offering the most incredible caring support.”

“It was a huge relief knowing the care team was always practicing the highest level of professionalism and to know that the same familiar team members arrived every day and night.”

“The care team’s support and dedication was truly amazing. Each of the carers enriched Mr Smith’s life in some way and I know that he enjoyed their company. They were always on time for their shifts and so pleasant to be with and I formed a lovely bond with each of them.”

All Care Teams Are…

What is Parkinson’s disease? 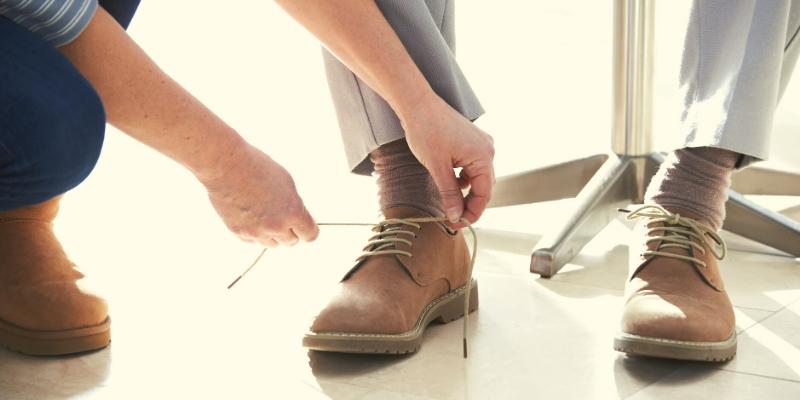 Parkinson’s disease is a neurodegenerative brain disorder which tends to progress slowly and can affect each person differently. Research suggests that around one in every 1,000 people in Australia has Parkinson’s disease, and while the disease mostly affects older people, it can also occur in younger adults.

The disease is marked by a series of common, recognisable symptoms, which include uncontrollable shaking or tremors, a lack of coordination, and difficulty speaking. These symptoms are the result of a gradual degeneration of the nerve cells in the brain which control body movement.

Although the symptoms vary from person to person and often arise slowly, they do progress as the disease worsens. This progression will look different for every patient, which is why treatment and care for those living with Parkinson’s must be tailored specifically for the individual.

The five stages of Parkinson’s disease

Doctors will evaluate how far Parkinson’s disease has advanced in their patients using these five stages:

The mildest stage of Parkinson’s disease, there may be symptoms present; however, they are likely not severe enough to interfere with everyday tasks and the patient’s lifestyle too heavily. One distinct symptom of Stage 1 Parkinson’s disease is that tremors will generally only occur on one side of the body. Medications prescribed by a doctor can effectively minimise the symptoms at this stage of the disease.

Stage 2 is considered to be a moderate form of Parkinson’s disease, where the symptoms are more noticeable than those experienced in Stage 1. These symptoms include stiffness, changes in facial expressions, and tremors or trembling, which may be more pronounced than during Stage 1. A person’s balance is generally not affected during Stage 2 of Parkinson’s disease. However, they may find certain tasks take longer to perform.

During this stage of the disease, progression is more noticeable, as a loss of balance begins to occur, as well as impaired reflexes. Because of this, falls are more likely to happen. There is medication available which can help to reduce these symptoms, and working with an occupational therapist can also provide some relief.

During stage 4 of Parkinson’s disease, most patients are still able to stand without assistance. However, walking can be difficult, and a walker may be necessary to assist with mobility and prevent falls. Many of those experiencing Stage 4 of Parkinson’s disease are unable to live independently, as daily tasks can become difficult due to significantly decreased movement and reaction times.

In the most advanced stage of Parkinson’s disease, stiffness in the legs can result in freezing upon standing, making it impossible to stand or walk unaided. Generally, people experiencing Stage 5 will need a wheelchair and require round-the-clock assistance to prevent falls. As many as 30% of people living with Stage 4 and Stage 5 of Parkinson’s disease will experience confusion, hallucinations, and delusions, while dementia can affect up to 75% of people in later-stage Parkinson’s.

For more information on how Parkinson’s disease is identified and diagnosed, please visit www.parkinsons.gov.au.

Unsure about where to start?

With years of experience in disability and in-home care, we’re available to help you work out what support you need. Whether you are planning for the future or would like to start care immediately, we can help. Give us a call, we’d love to hear form you.

When is it time for Parkinson’s disease support services?

If you or your loved one has recently received a Parkinson’s disease diagnosis, you may find that living at home, independently, is manageable for some time. However, as the disease progresses, certain daily tasks can become more challenging.

Once it becomes difficult to perform basic daily activities like house cleaning, dressing, personal care and grooming, or cooking, for example, it may be time to seek out some help from in-home care support services like those we offer at Care For Family.

In the later stages of Parkinson’s disease, patients can experience pronounced tremors and reduced coordination, which result in reduced mobility. This can make it impossible for those living with advanced Parkinson’s disease to live at home alone.

As we get older, many of us are choosing to remain in our homes rather than move to residential care facilities, such as aged care homes or nursing homes.

Remaining at home allows us to retain our sense of independence and maintain the quality of life and lifestyle that we love. This desire is just as strong in people living with Parkinson’s disease.

An in-home care professional can provide respite care for the family members and loved ones caring for someone with Parkinson’s disease, allowing them to take time for their own wellbeing.

Respite care for those living with Parkinson’s disease can enable a person to continue living at home, with as much independence as possible, whilst family members can rest assured that their loved one is receiving the support and care they need to live safely.

Round-the-clock care is also available for those living with advanced stages of Parkinson’s disease, where friends and family are unable to be present 24/7.

These services also allow those living with dementia to remain in familiar surroundings, which helps to avoid the distress and disruption that moving into a care facility and away from home can cause.

How much does in-home Parkinson’s support cost?

The fees associated with private in-home Parkinson’s support services vary depending on the level of care required. The Australian Government and various state governments offer a number of support packages for those living with Parkinson’s disease, including those that fall under the Commonwealth Home Support Program, Home Care Packages, and more.

For more information and to work out a care plan for in-home Parkinson’s disease support, get in touch with our friendly team today.

At Care For Family, our trained registered nurses can prepare a care plan with nursing goals for our clients with Parkinson’s disease. The goals in this care plan are detailed and cover all aspects of our client’s wellbeing, both physical and mental, and include:

If you require in-home care outside of business hours due to an emergency, please call 0466 888 842. 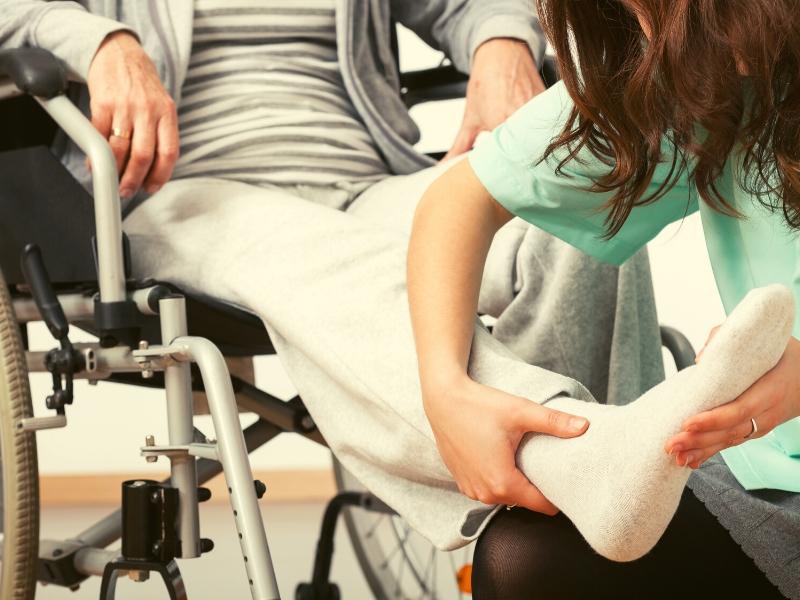 How does Care For Family care for people living with Parkinson’s disease?

At Care For Family, we are dedicated to helping our clients enjoy a high quality of life, with independence and dignity, while living with Parkinson’s disease.

Our Parkinson’s disease support services have been designed through our years of training and experience to offer you the highest quality of private in-home care.

We believe that it is vitally important that our clients are involved in the decision-making processes which affect their care, which is why we’ve developed our unique person-centred in-home Parkinson’s disease care services.

Our team of professional care workers are trained in the holistic support of our clients, including those who are experiencing the challenging and progressive symptoms of Parkinson’s disease.

This means we offer not only physical and practical support to our clients, but important emotional support, taking into account the psychological and spiritual needs of our individual clients.

Our registered nurses offer high-level care and assist in managing specialised nursing tasks. We also have care professionals available to assist with your care needs, from hourly care to 24-hour care.

These care workers can assist with all daily living tasks, to ensure that you or your loved one is living as independently and safely as possible, at home.

What are Care For Family’s strategies for caring for those with Parkinson’s disease?

We know that a Parkinson’s diagnosis can be frightening for both the person receiving it and for friends and family. Parkinson’s disease is a journey which affects everyone differently, and it progresses differently in each person. Having an experienced and compassionate care team to assist with caring and nursing needs can help someone living with Parkinson’s disease, and their loved ones, to significantly improve their outlook.

We can design a treatment plan tailored to suit your specific needs, as well as develop strategies to help you regain a sense of control over your treatment, and vastly improve your quality of life. This treatment plan will develop as symptoms advance, to offer bolstered support when you most need it.

Other steps that you can take include:

If you require in-home care outside of business hours due to an emergency, please call 0466 888 842.

Unsure about where to start?

With years of experience in disability and in-home care, we’re available to help you work out what support you need. Whether you are planning for the future or would like to start care immediately, we can help. Give us a call, we’d love to hear form you.

As long-term experts in aged care, we’ve been featured by many online and offline publications providing helpful advice, recommendations and commentary. 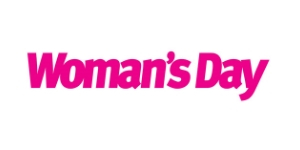 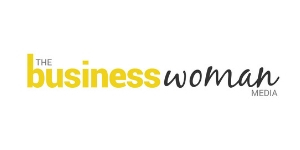 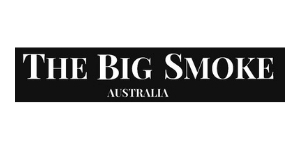 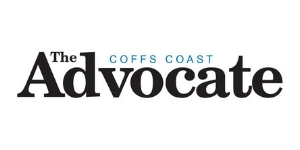 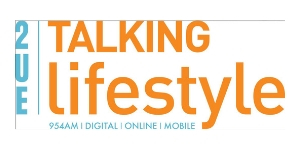 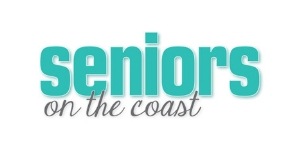 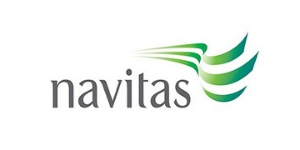 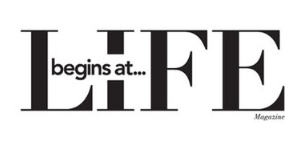 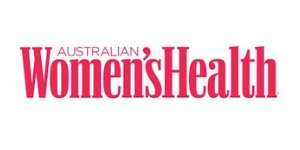 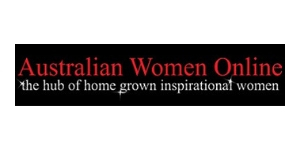 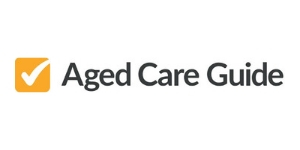